One more year, Apple has opted for the pair in its smartphones and has repeated the sizes whose lines began in 2014 with the release of the iPhone 6 and 6 Plus, although the difference is not only in length, and it seems to be increasing. This time we have an iPhone 7 Plus with a dual-camera and an iPhone 7 that maintains the unit and a diagonal below 5 inches that we see less and less. How does this new iPhone 7 behave? We analyze it thoroughly.

Concerning the previous model, we have the usual improvements (power, camera, etc.) on the one hand, and on the other hand, the ironically noisy elimination of the 3.5 mm jack. In this little Apple, it has been somewhat more conservative, leaving the 2 GB of RAM that has been 3 GB in the case of its older brother. Still, both have incorporated new compared to the previous one is a new Taptic Engine, making the Home button unique, although it is the same in appearance. 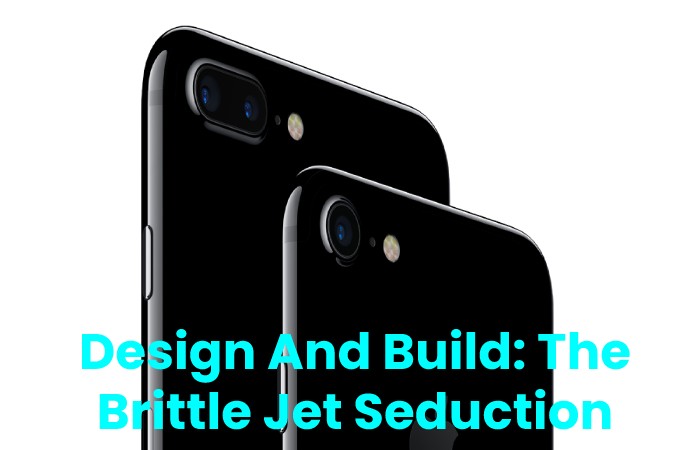 Since the first iPhone, we’ve seen four different designs in perspective, but Apple is instead continuity, keeping each one for two to three models (that is, changing it every two to three years). On this occasion, the iPhone 7 maintains the dimensions and construction of the iPhone 6s and the iPhone 6. However, there are very slight design changes that also depend on the colours, which have to vary.

There will be those to whom this may seem something more or less banal, but the colours and finishes of the iPhone are usually quite commented on and an essential point in the purchase decision. This time the colors of the 6s are maintained, but changing the lead-grey ( space grey) for the return to the black in two varieties, Jet Black and matte, which we did not see from the iPhone 5.

In the iPhone 5, there were cases that this black tone was more susceptible to damage, and some came out with small bites (tiny), which they offered to change at the time of purchase. The déjà vu arrives this year with the color Jet Black, as you’re seeing that seems more susceptible to scratching and Apple warns in the website (and yet swept sales and reservations). In our case, it was the matte black model, which seems somewhat more resistant than this one. Of course, it has a different finish than the previous ones, and it slides a lot, and no matter how pleasant the Touch is and how beautiful the appearance is, a case should not be forbidden right off the bat.

Perhaps what is striking in this section is one of the novelties that takes given the most talk. Although not precisely because of its means at the level of appearance. Thus, we have the perfect semi-sphere edges again from glass to the back. Which remains flat with the metallic logo and different texture (metallic but more fingerprint trapping, as is tradition). Still, the truth is that now the lower edge is also symmetrical on its axis unpaid to the absence of the jack audio.

Does It Pay To Take Apple’s Historical Symmetry To The Last Term?

Is it worth taking Apple’s historical symmetry to the last term? Yes and no. What favors it or not. In the end, ends up being the arrangement of the elements that mediate the user experience. Such as the stoic Home button or the audio jack. If something has remained perpetrated on iPhones, it is a front wasted to safeguard this symmetry. Keeping the Home button there in all its forms and the upper edge of the front being even with the lower one. Now this case, we have a 65.5% use of the show. Being smooth under the Sony, similar to the Xperia XA (by 71.8%).

And the thinness, does it compensate? Without being the thinnest on the market at 7.1 millimetres, this is one of the characteristics that most influences grip. Indeed, those of us who choose these sizes to have small hands appreciate these dimensions and, upstairs all, the curvature. But the truth is that, anticipating a little in the analysis. It would probably not harm increasing a millimetre to avoid the projection of the camera and who knows whether to gain a few more milliamps. Something that terminals “without Plus” have no use for. From Apple.

Display: Shine Adjusting In Numbers, But Not In Frames

It is iPhone number 7, And it is the seventh generation of Apple phones that mounts one of its Retina displays. Which corresponds to a 4.7-inch IPS panel with a resolution of 1,334 x 750 pixels (about 326 pixels per inch). Here the house is also conservative and sparing in pixels. Especially with the war for the “K” that we are currently experiencing in resolution. Being closer to HD (1280 x 720). Still, in this regard, the experience is good.

The Mystery Of Performance

Another particularity of Apple that has remained in this edition of its phones is that it still does not enter the RAM war and cores. Both in the Plus and this one. We have the chip of the house A10 Fusion, a quad-core processor (two at high performance and others at lower) accompanied by the M10 coprocessor the sensors concerning movement.

In this case, we have 2 GB of RAM, not three as in the older one. Number apart, the phone is very fluid when it comes to opening apps (whether they are more or less heavy). The transitions between pages, or multitasking. Although the iOS one does not stand out since its change in iOS 7 because it is too light. There is no lag even when opening apps that drag on cheap iPhones a bit with the new system such as Snapchat. Nor when responding to the interaction by the pressure of the 3D Touch, displaying the contextual menus instantly.

We have detected some slowness in response to the keyboard. Although it is something that we have perceived in several Apple terminals after the update to iOS 10. This new form incorporates new features such as Emoji characters in the prediction and bilingual support automatic. Adding these enhancements may have made each tap last a little longer, leading to slower typing.

Continuing with the apps, in general. We have observed fluidity and a more than acceptable performance, where the A10 Fusion pulls out its chest. Complex editors like iMovie or Lightroom move without lag or problems and more graphically loaded games like Asphalt. Of course: following tradition (and physics), our phone will heat when we run these applications after a limited minute. Especially in the middle of the back, below the apple.

For those who remain guided by the numbers, in iOS. We do not have as many options for benchmarks, but we have carried out the tests of AnTuTu and GeekBench. In the first, the score was 162,484 in AnTuTu, well below the result we saw in the iPhone 7 Plus (above 175,000. Others did not run well or were directly closed. We leave you the test samples, both from AnTuTu and GFXBench.

Every year, iOS 10 comes from the hand of new terminals. So it is worth talking here a little about this new system even if it is compatible with more terminals. As we mentioned when remembering how to install it. At that time. We too highlighted the main novelties associated with hardware and can only be enjoyed depending on which iPhones.

The Camera: That “Poor” Lonely

The ramification of what to date had been a single phone line with the birth of the Pluses garnered attention and headlines for the question that size matters. But what seems to remain outlined. The definitive clue: the dual camera. From there, and with increasingly firm lines, is that there is a differentiation of two lines at more levels.

Thus, the iPhone 7 has a single lens with a 12-megapixel sensor and f / 1.8 aperture with Optical Image Stabilizer (OIS). The flash has gone from two tones to four. With video recording in 4K at 30 fps, taking 8-megapixel photographs while taking video shots at this resolution.

iPhone 7, The Opinion Of Engadget

The iPhone 7, only 7, may have the most specific target audience compared to the latest ones. It is not a question of elitism here that dissipated as soon as all the top of the range decided to equal or exceed Apple’s prices and the highest. In general, to establish a higher level every year and with the false democratization of prices of the operators. It’s about what you have, what you lack, and what is yet to come.

The third is separate because they are conjectures based on leaks and the hundreds of patents that the company is registering. But the other is facts. On the one hand, there is the little jump that it supposes concerning its predecessor. With differences not so noticeable except for the button or having to renew covers for the camera. On the extra hand. It does not have the dual camera and the 3 GB of RAM that if you mount the Plus. Which will also always go one step ahead in terms of autonomy.

This new button, together with the 3D Touch that we already had. Offers an interaction different from the previous one that is probably laying the foundations of that dreamed iPhone without clicks or physical buttons. It is, in fact, a good option for those who do not have a limited budget and want a first iPhone to go directly to the current experience with an Apple smartphone. Also, this may not be well received because of a more realistic screen because the opposite remains sometimes preferred.

Look for this iPhone if this new interaction appeals to you if you want a camera that is not the most complete but pursues it closely or is not willing to exceed 5 inches and nothing from the competition convinces. Do not look for it if you want good audio in speakers. If you cling to the 3.5 mm jack like the child to his father when leaving it in the nursery or looking for an autonomy proof of intensive users. And get yourself a cover. Either for the micro-abrasions of the Jet Black before consequently that it prepares not get fired from your hands.

Review iPhone 7 Review: Size Does Not Matter For Power, But For Success. Cancel reply

Tags #Design And Build: The Brittle Jet Seduction #It Is A Good Option For Those Who Do Not Have A Limited Budget And Want The First iPhone #The Camera: That "Poor" Lonely #Unas pinceladas sobre iOS 10
IOT